“Telethon” 3a stouh beirut hosted by dalia dagher is a yearly televised fundraising event that lasts many hours, the purpose of which is to raise money for various cases (families and children in need) distributed across the Lebanese regions.

It takes place every year on the 22nd of December with the help of many participants, public figures, and politicians who answer phones and take donations.

Typically a phone number and website appear on screen during the entire event for donors to make pledges.

Viewers can call the phone number and pledge money to the causes while the telethon is taking place.

a certain donation level is usually set to target, it depends on the amount needed to cover all our telethon cases.

telethon 3a stouh beirut usually span approximately 5 hours. but it can run longer until our goal is reached.

The family of Ghada Ghoros

Due to the poor economic situation, Ghada was unable to secure school expenses for her children, and they did not complete their education. Mario and Mark stopped studying at the fifth grade in elementary school, and Khawla at the first elementary level. The younger child, Michael, is now pursuing his studies in the nursery stage, which is not appropriate with his age, at the Syriac Progression School in the region.

Fadia is the widow of Mr. Jean Abu Naoum, who died about seven months ago as a result of a heart attack after his illness. Fadia, 42, lives in a very small house in Ablah- Bekaa, where she shares with her four children, Elsy, Elia, Emil and Jean Claude, a one-bedroom bed that does not conform to health standards.

The boy was born in 2008, He has a congenital disability (not growing his right leg) and needs an artificial limb (full leg).His twin brother is suffering from a delay in body growth, which adds burdens and expenses on the family that is unable to pay.

Rawan suffers from anemia (Thalassemia), since her birth, which causes an increase of the ferritin levels in her body, and difficulty in growth. The parents should provide a certain amount of blood every week, and this amount increases week after week. Rawan needs an urgent bone narrow transplantation surgery and the operation will take place in turkey.

Chady has a rare disease, a weakness in the whole body’s muscles since birth. It is reported that there is no treatment to this disease and it’s a rare and unique situation in the world. Doctors did not find the characterization and treatment of this disease even. In addition, the disease caused problems with his hands, feet and mouth. Because of the high cost of the treatment, the parents were unable to pay their school fees.

The child of Lama Haj Hassan

Lama Haj Hassan is a 4 years old girl, and she is the only child in her family. She suffers from an extreme anemia; she needs a bone marrow transplant surgery. In addition, the father works at a hotel with a basic salary, and lives in a rented house.

Rita is 22 years old and has a chronic illness since her childhood. She needs permanent and continuous medical coverage. She also wants to undergo surgery in her leg to regain her ability to walk.

Mrs. Mary Hadchiti is married to Mr. Raymond Zahra and lives with their 4 children in Hadshit – North of Lebanon. Raymond Zahra, the father, is suffering from several diseases, most notably “epilepsy in the head” therefore he was obliged to stop working. Their situation is miserable and they live in very bad conditions

They have walking disabilities and their house was burned since the Lebanese war. 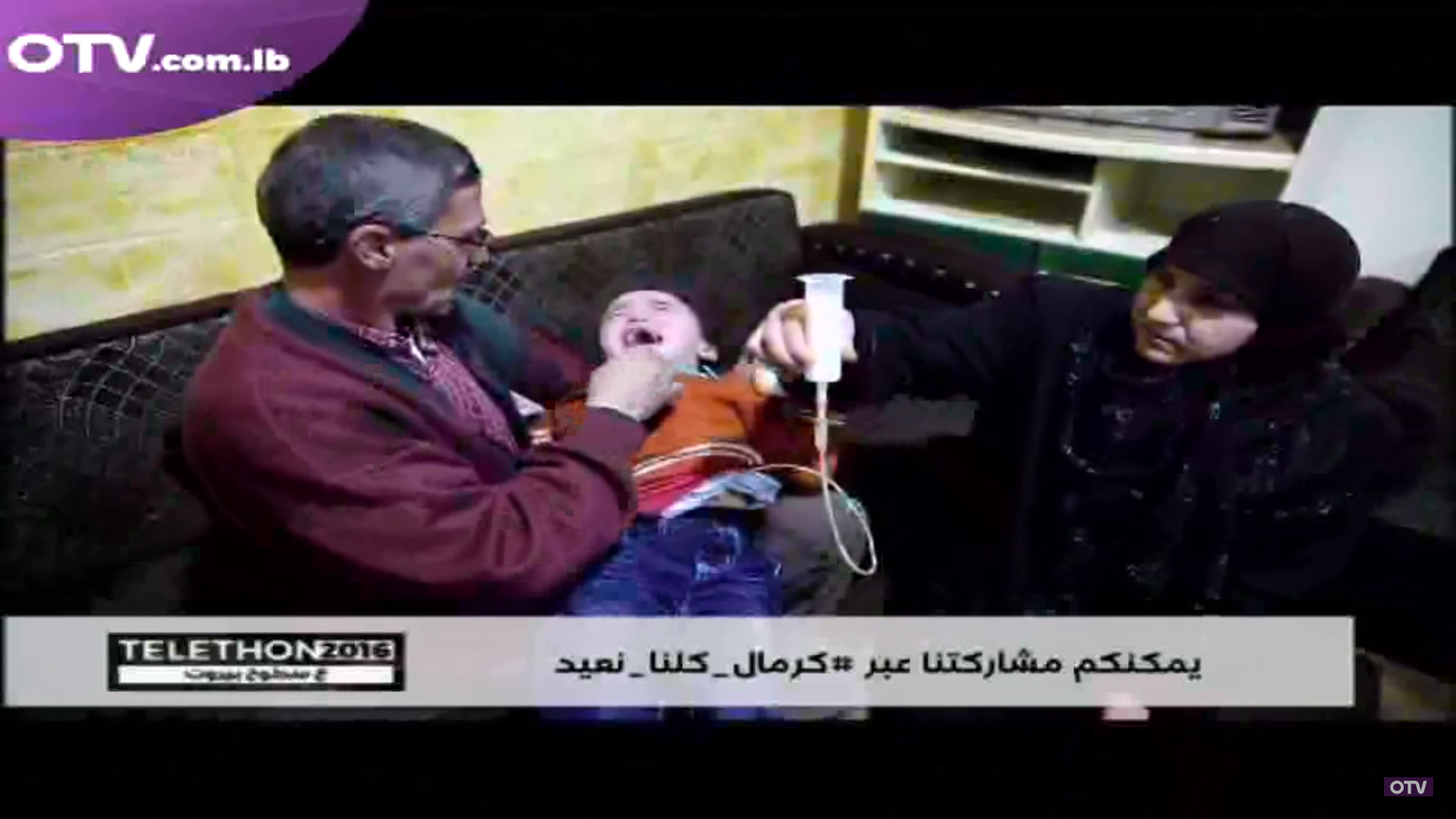 The case of Charbel Khalifeh

Born in 2004, his father died due to a car accident and he suffers from a lack of growth in his hands from the shoulder level. The cost of placing prosthesis for his hands is 120,000$

The case of Abdo Hakim

Has no family, homeless and he has a lack of concentration, he needs a home, and a financial and moral support.

The case of Linda Tannous

Has two babies without a father, her situation is very bad, and they are homeless.

The case of Mohamad al-Moussaoui

He is five years old and needs a certain type of milk and should eat it exclusively. The cost of this milk is $ 2,000 per month and the family is very poor.

The case of Pio

A 3 year old child and he is completely blind, with no father and a mother who has mental illness and doesn’t have the ability to take care of him.

The case of Ahmad al-Falaiti

Who needs an emergency liver transplantation surgery. The operation will take place in Egypt

The case of Camelia Kassem

A 9-month-old girl who is blind and needs an operation in America with a total cost of $ 40,000